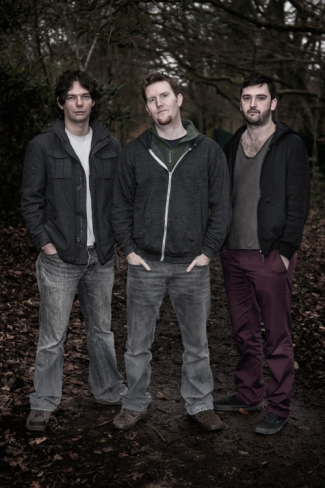 “Been there, done that, but still more than happy to make some noise”. If I Plead Irony had a motto it would probably be along those lines. Based in Farnborough these “accomplished band whores” as a local rock hero Paul Townsend (Hundred Reasons) describes them certainly have a lot under their belts to be proud of.

This three piece consisting of Rauf (Bass and Vocals) Lawrence (Drums) and Paul (Guitar) who made up 60% The Fins, 66.6% Ipanema and 75% of the French band Atomic Garden have already made a name for themselves with several records and European and British tours in the aforementioned bands.

“I Plead Irony are probably one of the best bands you haven’t heard of. The ability to write a big blustering alternative rock song is undeniable, it’s instantaneous and compelling.” – Alt Dialogue

With two albums under their belt and a third currently in the works they show no signs of slowing down.

The Solution Is The Problem “It’s a formidable and commanding album that channels the infectious punk rock of Billy Talent with the lashings of early/mid 00s post hardcore.”- Alt Dialogue

“This Statement Is False is exceptional, easily one of the most breath-taking and rousing releases found in a long time. Such its ravenous power and exhilarating imagination, it would be no surprise if under the term Rock ‘n’ roll there was a picture of I Plead Irony” – Ringmaster Review

More angst ridden, raw edged rock with lashings of melody then you can shake your “sign of the horns” or even a stick at!

We use cookies to ensure that we give you the best experience on our website. If you continue to use this site we will assume that you are happy with it.Ok